Sounds so simple doesn’t it? Especially when the person saying it is one of “those people”. You know the ones who answer a casual, “How’s it going?” with something like.

“Just back from a six month trip through Italy, the Greek Islands and Turkey. Amazing! Just amazing! Just back for a couple of months and then we’re off to Morrocco for a bit.”

“Oh I’d love to do that!” says just about everyone.

“Do it!” exclaims the tanned, relaxed, confident world traveller. “Just do it!”

So how exactly did that happen? 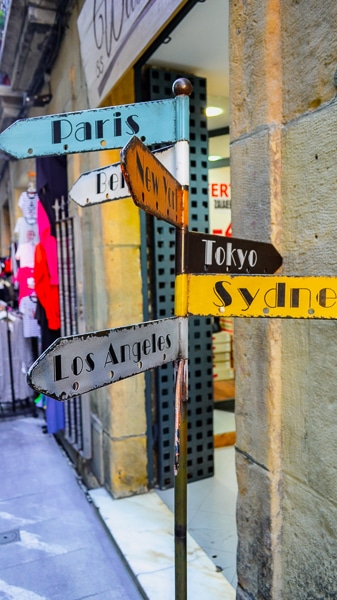 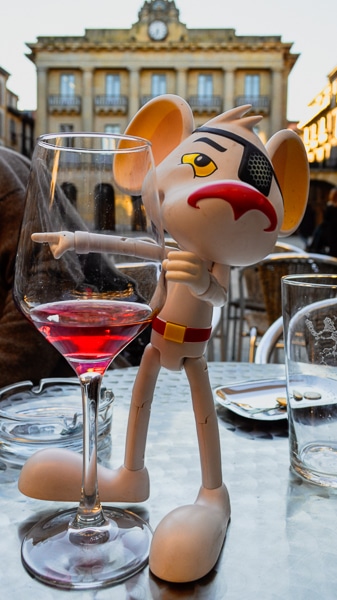 How We Became Full-Time Nomads

Well I always wanted to wander. Like always!  I literally cannot remember a time in my life when it wasn’t my deepest desire. A constant, nagging itch, placated by soaking up every tale of exploration and far off lands that I could lay my little girl hands on.

Crashing my way round the garden, hacking at my mum’s peas with an imaginary machete in hand. Gazing wistfully at every passing stranger. Where had they come from? Where were they going? And then there were the trains.

Not surprisingly I’ve always loved trains, and railway stations remain to this day one of my favourite places. All those destinations clicking by on the boards. The hot, dusty smell of far away places.

If I could really have my way I’d have a private railway carriage. Now there’s the way to travel!

Instead we have a 2002, Hymer motorhome called Yggdrasil – Iggy for short. Our beloved, best home ever.

Jay was an army brat by birth. Born on a base in Germany. He doesn’t remember that bit though, as he was only three when his Dad returned to civilian life in Edinburgh.

Me I was born in Scotland. But the first dividing of my cells took place in Aden, where my family had been living for a few years. Or maybe that first forming of blood and bones took place on the majestic cruise ship Queen Mary, as she carried my parents and siblings back “home”. To Scotland’s green and, ever so slightly, colder pastures. Far away from the hot, dusty sands and blue skies of the Middle East.

Either way I crossed three continents and goodness knows how many countries while I was still growing in my mother’s womb. I reckon my mother inhaled the dust of all those places to my very bones as they grew. I am a child of all them all. A child of the Earth. Born, to wander.

As, indeed, all humans are. It’s in our blood. It’s what we’re designed to do. What our ancestors have done for thousands upon thousands of years. Right up until the most recent days of human history. We are all Nomads under the skin I think. Under the wafer thin veneer of current “norms”.

So spending our lives in travel definitely should be easy then. And yet, try as I might, for all the years of my life I just could not ever quite make it happen.

I moved around the country. I changed jobs. Jay and I were both performers and travelled much of the UK doing gigs.

But that illusive, dream of “proper” travel always seemed just out of reach for me.

Right up until February 2016 that was… 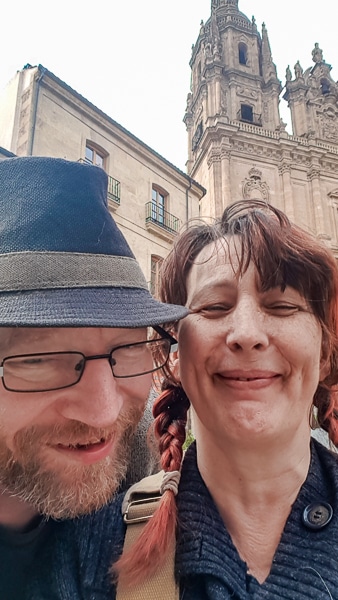 After a great month in Morroco the year before, Jay and I managed to push our travel time a little bit further still. Pennies saved we packed our Toyota Yaris with masses of stuff and set off on a six week trip to Spain and back.

We knew it was going to be amazing, but we never guessed just how life changing those six weeks were going to be.

Six, weeks, five countries, a lot of hotels and a cave house in the mountains of Andalucia. Life was great, and with so much time “out of the box” everything in life seemed so much more possible than it ever felt back home.

We started making concrete plans about how we could spend more time  travelling. We threw ideas backwards and forwards.

We didn’t own a house to sell, but at least we could let go of our rented one.

We weren’t wealthy. Not even a little bit wealthy. We’d chosen to spend our lives in occupations helping others, and that wasn’t where the big bucks were. But one thing we did have was flexibility. We’d needed it when we gigged all the time.

Jay had long since given up “proper” jobs to work with a very well respected nursing agency. He’d been with them for years now, and could easily go away for months at a time and still step back into work when he came back.

I was in a similar position and was working as a relief pool worker in my occupation supporting homeless people.

If we worked hard, and saved hard, for 6 months at a time, we figured we could spend the other six months travelling. Maybe we’d buy a small van and stay in hostels. Or maybe we’d backpack and travel the world by train. But whichever we did the time for dreaming was done. This was happening. We were really going to do this.

And then, after a wonderful 24 hours in Almeria, we got chatting to a couple in a motorhome.

Both well into their 70’s they were as lovely and friendly a pair of folk as you could hope to meet. They invited us in to their van for a look around. Told us a bit of their story, and a bit about living in a motorhome for four to five months a year.

And that, as they say was that!

Back in the cave house I spent a few days researching, and once I found we could actually reduce our carbon footprint by living in a van the decision was made. We were going to get a motorhome!

And almost 12 months to the day later, in February 2017, that’s exactly what we did!

After a year of working hard, and saving hard – of keeping our goal firmly in mind – we finally found our Yggdrasil. And stepped, firmly, out of our box, closing the door quietly behind us as we left.

After a month on the road with no Laundry facilities our wee buddy DM was definitely in need of a bath.

Don’t forget to scrub behind your ears DM!